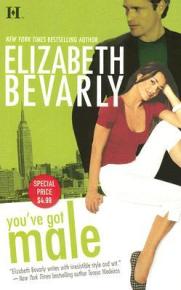 Being the first book that I have ever tried from this author, I would have to say that it was a pretty good read.

Avery Nesbitt, the heroine is this genius computer buff who created a virus that would have halted all cyber traffic across the world, and this too when she was a teenager by accident, her motive being to teach her cheating boyfriend a lesson he would  never forget, ends up doing time in jail. Her family, the overly wealthy Nesbitts, cut her off from that day onwards. After 2 years, being released from prison, Avery sets up her own techie firm and has been living alone with her cat, and suffers from agoraphobia i.e. the fear of being out in open spaces. Then she meets Mr. Supposedly prince charming online, whom she finds to be cheating on her again.

Unknown to Avery, Dixon, who works in this un-nameable organization set in the US government after 9/11, has been tracking her online activity without much success, because the one agent who went rogue on them is actually the Mr. Supposedly Prince Charming that Avery has been in contact with. Avery is taken into custody, a deal made with her, so that Dixon and Avery has to work together to bring this rogue agent to justice by luring him to meet Avery out in the open.

The story that follows is pretty charming and romantic as well. I got to learn a lot about this new phobia (since there are so many, one can never keep track of all of em’). Dixon is the super sexy type of hero that any heroine would fall in love with immediately. And throw into the mix the crazy Nesbitt family, you’ve got a hell of a novel on your hands.