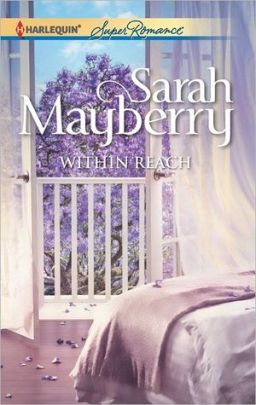 Michael loses his wife of 6 years to an undiagnosed congenital heart defect and devastation doesn’t even begin to cover what he goes through in the process of picking up the pieces of his life as his two kids demand that he be a pillar of strength rather than breaking down and digging himself a hole somewhere, which is exactly what he feels like doing.

Angie Bartlett loses her best friend when Billie dies at the age of 32. Her vivacious friend whose zest for life and color, whose life was so abruptly cut off leaves Angie reeling from the loss of it all. And it takes her a timeout from the situation back at Billie’s household to realize the rapid escalation towards crisis it was veering off to.

Helping out in the process of moving forward means Angie finds herself spending a lot of time at Michael’s, and both start to face that unsettling discovery that there might be more to their feelings towards each other than just mere friendship. Angie feels as if she is betraying her best friend by feeling desire of such ferocity towards Michael. And Michael who has vowed never to forget nor love any other woman except Billie finds himself torn apart by the strength of his desire to possess and be possessed by the woman who is slowly driving him insane with want. Though Michael wants nothing more than to ignore the feelings that Angie invokes and bury his head in the sand, the answering need that flares to life in Angie’s eyes proves to be his undoing every single time.

Sarah is an author who certainly gets everything right when it comes to developing lovable characters. She has that uncanny ability to deliver characters that we the readers can relate to, characters who are flawed, yet comes with redeeming qualities that just makes them seem so real and larger than life. For me, both Angie and Michael’s characters were equally appealing. Angie in my opinion is kindness itself, and she earned my love from the very beginning of the novel. Angie might be reserved when it comes to being openly affectionate, but she has a mighty tender spot for Billie and her family and that shines throughout the story, even way before she starts developing feelings for Michael. I loved how Angie seemed to be able to give, expecting nothing in return, even when she knows that the ultimate conclusion of a relationship with Michael might mean irreversible heartbreak for her.

Michael is such a delicious hero. The way Sarah brought him to life through Angie’s eyes, those things about an attractive man that we all notice and take a second look at coupled together with that innate sense of fairness and kindness deep inside of him makes him one of the most drool-worthy heroes I have read this year. I love a man who is larger than life, and that is exactly how I envisioned Michael as I read along. And let me tell you, Michael might seem a bit hesitant when it comes to taking the “plunge” with Angie, but when he does, oh boy does he do it well!

The only thing that disappointed me a bit was the lack of an epilogue. There was so much angst in the book that the lump in my throat refused to go away each time I picked up the book. Even from chapter 1 itself I knew that Within Reach was going to end up breaking my heart a bit, but then I trusted Sarah enough to put it back together. The ending itself wasn’t bad, but I wanted something to keep with me, something to dream about a bit during the moments of semi-wakefulness that I go through when I am right about to fall asleep. And I wanted just a bit more for Angie which I know might not convey the message that I want to, but I wanted to see Michael and Angie’s happily ever after, a happily ever after worthy of someone like Angie.

Nevertheless, Within Reach was an amazing read, and Sarah Mayberry is an author that always never fails to deliver.

He finished up then shed his clothes and climbed into bed. Turning onto his side, he closed his eyes. As always as he drifted toward sleep, there was a small, forgetful moment where he slid his hand over to touch Billie’s back, instinctively seeking reassurance as he hovered on the brink.
As always, he found nothing but cold sheets.
A few minutes after that, he fell asleep.

He wasn’t sure who moved first, her or him. There was the thunk of her bag sliding down her arm to hit the floor, followed by the muted clank of her keys a split-second later, then he was pulling her into his arms and she was lifting her face to kiss him.
She tasted of salt and fresh air and life and he spread his hands across the small of her back and pulled her closer, need an urgent tattoo drumming through his blood. She felt so good, so strong and supple, and they fit together perfectly.

Her legs started to tremble and together they went down to the rug. Angie lay spread before him like an impossible offering and every thought, every memory, every consideration dissolved and there was only the need to be inside her, to lose himself in the slick warmth of her, to feel alive and to feel pleasure.
He stretched on top of her and her legs spread to accept him. He gripped himself and found her entrance. He slid inside her, into tight, wet heat. And then he really did lose his mind.

She watched as Michael stripped and walked toward the bed, his erection standing proud. The bed dipped as he got in the other side. She rolled toward him, and he pulled her into his arms. His skin was cool against hers, making her nipples bead. She wrapped her arms around him and pressed herself against him, offering him her heat.
Offering him everything.