Anyone who knows me well enough knows that I am a huge fan of music. In a country where Indian movies and Hindhi songs used to take the lead when I was growing up, I opted to listen to English songs, maybe because of my love for a language as beautiful as the English language proves to be. Though scholars of the language may cringe and roll over in their graves at the content of some of the songs that I listen to, nevertheless they provide an escape without which I don’t think my life would be complete.

That being said, as you all know very well, books or rather books of the romance genre come hand in hand with my method of escapism from the real world. All those who stumble across my review site would know that I tend to read all sorts of romances if it delivers a hotter than sin alpha hero & a story worth my while which would stay with me for a long time.

And so it happens that my favorite two things converge a lot as in I happen to listen to music a lot as I read. Sometimes the music that I listen to whilst reading tends to make a huge impact on the way that I feel about a book.

For instance whilst I was reading Sing My Name by Ellen O’Connell, her latest American-Western historical romance, I 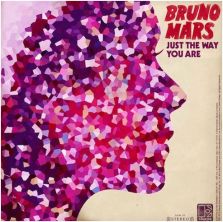 was listening to Just the Way You Are by Bruno Mars and for me the song just perfectly described how the hero Matthew Slade feels about the heroine Sarah Hammond. Even now as I listen to the song on and off, I am reminded of the novel and the impact Matthew Slade made on my senses. *Sigh*

Moving on, I come to Breaking Benjamin, my utmost favorite rock band in the world. Benjamin Burnley’s voice coupled with their awesome music and lyrics that make a deep impact on the listener goes a long way in making Breaking Benjamin my favorite music to listen to whenever I feel in the mood for rock or whenever I need an uplifting from some funk I find myself in at that moment. That being said, I was listening to Dear Agony their latest album when I raced through the Ice series by Anne Stuart with her ruthless heroes who ALWAYS manage to make my heart go thud-thud at the merest thought of them. Into the Nothing featured in this album is a song I relate a lot with Black Ice, the first novel in the series. It somehow manages to capture the reluctant hero that the story makes out of Bastien and my love for him an everlasting one! It was only much later that I found out that Anne Stuart herself listened to a lot of Japanese rock music & whatnot when she was writing the series and I guess I hit it spot on when I was reading this great series.

Last but not the least comes my eternal love for Crispin Phillip Arthur Russel III (Bones) from the Night Huntress series and anything to do with him. As it happens, this is also one series that I holed myself up in my room to race through as I practically gobbled book 1 – 4 in the series because simply put, I just couldn’t get enough of Bones! Now there’s something we all didn’t know huh? Anyhow I for the world of me don’t even know why, but this crazy tune Good Life by Leslie Millis featured in the movie What a Girl Wants was a song that I was practically hooked on when I was reading the Night Huntress series. And even now when I listen to that tune I can practically envision Bones striding towards Cat with all his lethal charm focused on me, errrm I meant to say Cat, with the sides of his leather jacket flapping in the wind, with his collar pulled up to graze his fantabulous cheekbones, mmmm.. shall I go on? So its practically a given that I am dying for the 22nd of this month to get here to get my hands on This Side of the Grave, the 5th book in the series!

I don’t think that it’s only I as a reader that feels the same way about books and music. I for one know of authors who have their own play-lists while writing their novels. For instance Pamela Clare very recently published on her blog the track list which she was listening to whilst writing the latest book in the I-Team series; Breaking Point which is to come out this May. I got some cool tracks off of her list and would definitely be listening to them whilst I read the book when it comes out.

So here’s to good music that works as a soothing balm on your soul or lets you pound out your anger and frustrations in life in a more productive manner and to great books that offer you a world to get lost into – as far away from reality as possible!