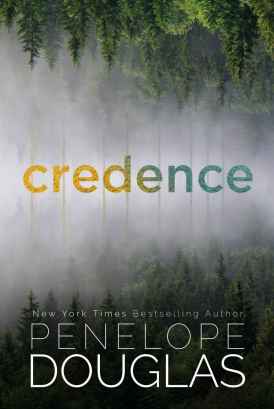 Credence by Penelope Douglas was one of the most awaited stories for me by the time 2019 hurtled towards its inevitable end. Released on January 13th, Credence was welcomed with such hope and excitement in my heart, because Penelope is an author who knows how to write a damn good story.

Credence begins at the point where the heroine Tiernan de Haas faces the shocking and untimely death of her parents. Loneliness has always been part of Tiernan’s life, growing up with two people who had loved each other to the point that Tiernan had always been an afterthought. Their death leaves its mark on her, as had life up till that point, until her step-uncle Jake Ver der Berg invites her to live with them.

Deep in the mountains of Colorado lives the Ver der Berg’s, their lives being very much different from what had been the norm for Tiernan. Jake and his two sons Noah and Kaleb take Tiernan under their wing, and from the onset there is a weird dynamics between the three that proved to be a major conflict for me in the way the story unfolded.

I am someone who enjoys authors that push the boundaries and explores taboo tropes in their books. Penelope is an author who does this so brilliantly in most of her books, and that is one reason that I was so excited when I read the blurb of Credence prior to its release. She is also one helluva writer, which is probably the one reason why I stuck it out when so many things just felt wrong for me with Credence.

A lot of readers who felt positively about Credence have been raving about how out of the norm this book is, how it surprises you, and how you should read it without any preconceived notions to guide you. I didn’t have any of those notions when I started reading, because I am someone who usually make up my own mind about books that I read rather than letting the “popular” view dictate mine.

I agree with one thing when it comes to the popular view of Credence; the story was definitely surprising in more ways than one, and definitely not in a good way for me for the most part. I think in Credence, I have found a major turnoff for me when it comes to romance, one that had remained undiscovered up till this point; when the heroine is too loose with her affections when it comes to a father and his biological sons.

It is her step-uncle who is the first in line, and while neither of them professes to anything long-term, the ease with which Tiernan was able to turn herself on and off for the three of them was just jarring for me. Each unto their own of course, but for me, I think I just felt like the Ver der Berg themselves had so many issues to just turn up the testosterone levels on a girl who was barely shy of eighteen, who had not had much love in her life from those who should have loved, sheltered, and protected her.

The psychology of Tiernan was something that bothered me; because it is evident that she has many unresolved issues from the way her parents had neglected her throughout  her life. She had always had whatever riches that money could buy, had had every comfort and luxury the rich can provide, but she never did experience unconditional love, the reason why I felt uncomfortable by the whole vibe of Tiernan being taken advantage of by the three of them. Plus, the way the three of them kept reiterating over and over how she was theirs from that point on was kind of creepy too!

I think one of the biggest reasons why I disliked how Tiernan behaved (apart from my conservative beliefs I suppose), is that her sleeping around added no value to the story. There was no tangible emotional connection to any of the characters that would have made me go crazy over the story, there was no development to her character apart from her losing her virginity and hitting jackpot with three men who could get her off just like that. I couldn’t find anything special that differentiated the guy she ended up with, which was also another bummer in the story. Maybe that is how it is in the modern world. I wouldn’t know.

The way she just fell in love, suddenly, just like that, with the least developed character in the story made zero sense. I am at least thankful for the fact that Jake had enough sense for all of them to step back when he did. I would have preferred had she gotten together with him in reality. Because they actually have conversations with each other that don’t always lead to sex and innuendos being exchanged, and he was mature enough to understand where Tiernan was coming from. Had Jake not stepped back at the point he did, I would probably have turned off my Kindle and banged my head on a wall for the bad porno I was subjecting myself to.

I did enjoy the first half of the book, or should I say the first third of the book where Penelope introduced Tiernan and delivered a gut wrenching beginning to the story. My excitement mounted at that point and plummeted to a quick and painful death thereon after. I just wish that there had been more character development, less getting it off without emotional connections, and more fleshing out of the character who ended up being the “hero” of the story.

That brings me to my other big peeve in the story. The “hero” who not so much as made an emotional connection with Tiernan, much less the readers, ended up being one of the most pivotal characters towards the end. Had there being a back story of how he turned out that way, how his emotions had developed when it came to Tiernan, and what had made him change to a point where he could communicate his feelings with her was an aspect that was deeply missed from the story.

Recommended for those who love anything and everything by Penelope Douglas.

Final Verdict: Credence is one of those books loved & gushed over by many and disappointed the few like myself. I wished for a story that would sweep me off my feet and instead feel bereft of the tangible emotions I wanted to feel from the story.

“Do you feel this?” he growls over my lips as he pushes me into the sink. The thick, hard ridge of his cock nudges my ass, and I groan. “This is what you’re doing to me, Tiernan. It’s not right. Instead of pile-driving the hot tits and ass I came home with, I’m sitting down here, trying to talk myself out of going into your room and giving the teenage piece of ass living in my house a really long kiss goodnight.”
My clit throbs, and I shift on my feet, feeling the slickness between my legs.
“And do I take off my panties for that?” I breathe out.

His taste fills my body, and I slide my hand up, taking the back of his neck and holding him to me. I’m so hungry. So hungry, and I can’t breathe. My blood races under my skin, and it feels so good, but God, I need more.
I need more.
I start to move my mouth and kiss him back, slipping my tongue past his lips little by little, moaning and tasting him until I don’t think I’ll ever get enough.

The nerves under my skin fire, and I feel her heat wrap me up as I push her thighs up higher and drive into her. “Tiernan…”
I kiss her deep, licking her sweat, reveling in the heat inside the cab, and tasting my life all those years ago when I would’ve died happy doing this to someone for the rest of my life.
I look down at Tiernan, her body taking everything I’m giving, and I swear I want to swallow her whole. I’d forgotten what this felt like.
To actually want to make someone happy.

“What do you want?” I ask.
He opens his mouth to speak, but nothing comes out.
And then he lowers his voice, barely a whisper. “I want you to like this.”
I do.
But before I have a chance to respond, he drops me to my feet, twists me around, and pins me to the wall. I gasp as he spreads my legs and thrusts inside of me again, pushing my body up on my tiptoes as he holds my thigh wide with one hand. With the other, he reaches around and slips his hand inside my panties.
“I want you happy, Tiernan,” he says low and husky in my ear. “I want my sons happy.”
He fucks me up against the wall, thrusting faster and faster as I turn my head to meet his lips.
“And I want you to know that no matter where you go,” he tells me between kisses, “you’ll always be ours. We’re your home.” 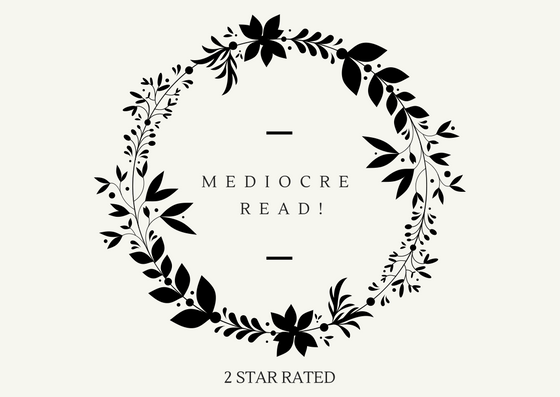