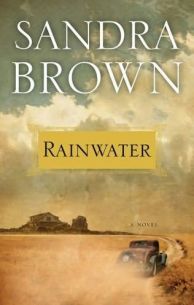 Sandra Brown has taken a leap and written a story that is so different from her usual books and this story has touched me so deeply that I can’t help but think about it every few seconds. I found myself unable to sleep long after I finished the book, a bittersweet pain that clutched at my heart and refused to let go.

The year is 1934, the period of a great drought together with economic depression that has hit the Americans hard. Ella Barron runs her boardinghouse in Texas and makes sure that life runs smoothly, as smoothly as it can under the circumstances. With an autistic son in tow, life is hard for Ella, during a time period when autism and its symptoms weren’t widely known. With a husband who had run out on them long time back, Ella makes do with what she earns from renting her home to boarders.

When the town’s doctor comes calling one day with a distant cousin of his in tow, Ella can hardly refuse to accept him into her home. And when she finds out that David Rainwater is terminally ill from cancer and is just biding away his time until death comes calling, she can’t help but look out for him. From the very beginning David shows an uncanny interest in Solly, Ella’s son and makes quite a progress with him, something Ella hadn’t been able to do which makes her at first jealous and then later thankful.

Things are hardly idyllic during a period of drought and economic depression. With hooligans ruling the town and employing scaring tactics to keep a stronghold on its residents, it is Mr. Rainwater who steps up and stands up to the group who intimidates and at last resort to murder. Meanwhile, no matter how hard Ella tries to keep Mr. Rainwater at a distance, nothing can prevent the deep awareness that crops up between the two, and the connection that these two establish during a few chance encounters after the rest of the household has gone to bed.

Throughout the book I kept praying for a miracle that would take away David’s cancer, and kept hoping that Solly would come to be a remarkable man with his uncanny aptitude for numbers. But the bittersweet ending in which David gives up his life for Solly when Ella and David had just professed to love one another kept the tears coming.

Reading the epilogue requires a healthy amount of tissues I have to tell you. Life after the death of Mr. Rainwater who leaves all his property to Ella who makes a name for herself in the business world, and Solly who dies at the age of 32 having never reached his full potential but having had a life as best as he could. And to find out that the antique store owner is none other than Mr. Rainwater’s son sealed the deal for me.

I realize after reading this why I am not so much of a fan of bittersweet endings, one of the reasons why I tend to stay away from books written by Nicholas Sparks. But I wouldn’t change even one sentence of this wonderful book, because this is a story that makes you think, makes you fall irrevocably in love and in the end cry for all the things that could have been. Highly recommended for all types of fiction readers. This is not just a romance, but a story about life, its hardships and its bittersweet offerings.

Until next time! *Sniff*