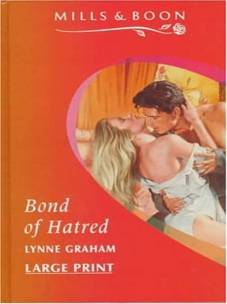 It is rare to come across a Harlequin romance that has received 5 star rating for the story it presents, mostly because the stories almost always revolve around the same theme, and the character development and story just doesn’t seem to make the cut. But this story from Lynne Graham, one of my favorite Harlequin authors I have to add, has surprisingly made the mark and received 5 star rating, and I just had to get myself a copy and find out whether this book could deliver that “high” that I usually get with a good Harlequin romance.

The story kicks off when Sarah Hartwell is grieving the death of her younger sister Carrie who had died of a massive coronary. Since Sarah’s parents had been killed in a car crash when Sarah had been seventeen and Callie had just been eleven years old, Sarah had assumed responsibility for her younger sister and given up the hope of ever attaining any further education and focused all her energies in providing Callie with a stable and loving home. Callie had been a beautiful girl with the natural golden looks of a Californian blond, and had seemed to thrive under the nurturing care that Sarah worked through double jobs at a time to provide for her. Callie had made her way through Alevels and had started university to study languages when she had met Damon Terzakis and then on everything had changed.

Sarah had been quite apprehensive of the fact when Callie who had never really been in a serious relationship had started gushing about the new Greek guy who she was seeing. And when Sarah had met Damon and understood that they planned on getting married, Sarah had been dismayed to think that Callie would give up her education and everything Sarah had worked for to give her a better life. And when Damon had stated rather nervously that marriage would have to wait until he manages to convince his elder brother Alexis Terzakis of his intention to make Carrie his wife, Sarah had been a little relieved and then a trifle bit alarmed to think that such barbarity existed in this age and time.

And then Callie had turned up pregnant, refused to return to classes and Damon had returned to Greece on a business trip from which he had returned quite shaken and stated that his brother had been immovable about his decision to marry Callie. Things had gone downhill from there onwards when Damon had abruptly returned back to Greece, and a fortnight later, Callie had been served an eviction notice from Damon’s apartment in Oxford where she had been living. Sarah had been furious at the turn of events that had taken place, and the final straw had been when she and Callie had gone to meet Alex, to convince him that Callie deserved to be married to his brother Damon, only to be met with derisive hostility on his part as he had been convinced that Callie was just a gold digger and Sarah was helping her along.

Alex had realized that Callie had in fact been pregnant with Damon’s child when she had requested that Sarah call Damon upon her deathbed. Sarah is furious to say the least with the Terzakis family and is appalled that Alex approaches her to claim that his nephew Nikos belonged with them rather than with Sarah. Clouded in her grief, pain and anger, Sarah had flat out refused to let Alex claim Nikos and had been seething with anger when Alex had tried to buy Nikos from her for any price she had been willing to name. Ultimately, Sarah had thrown the challenge at Alex’s face that she would be willing to share Nikos with Alex if he would marry her and make her his wife.

Sarah’s only intention had been to shock Alex and drive him away, which she is happy that she has done so when she doesn’t hear from Alex for a week afterwards. But then, Alex returns and in a whirlwind of activities that follow, marries her and makes her his legally wedded wife whilst Sarah is still reeling from the shock of it all. Somehow, through the course of events that come about, Sarah’s perception of Alex changes and she realizes that she hasn’t entirely been fair in judging Alex and his actions.

A bond which was forged between two opposites on nothing more than hatred and resentment suddenly changes into something else the minute Alex takes Sarah in his arms and shows her what she has been missing in her life until now. It is a reluctant Alex that seeks out his wife, as he is determined that the marriage he has been forced into would only play out on his  terms.

The verbal sparring matches between Sarah and Alex are invigorating to read, and the undeniable passion that is unleashed from the moment Alex and Sarah sets eyes on one another obliterates everything else. This story is as good as a Harlequin romance can get with two forceful characters who in the end find their happily ever afters with each other.

Recommended for all Harlequin romance lovers and those who love books by Lynne Graham. This book is a treat from start to finish, one not be missed.