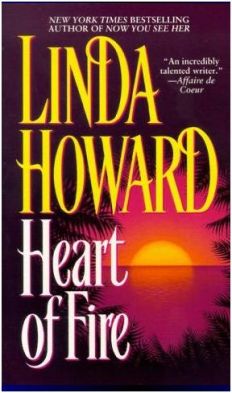 Jillian Sherwood, daughter of the archaeologist known as Cyrus “Crackpot” Sherwood grows up with the love for archaeology and lost civilizations instilled into her long back when she had been just a young child fascinated by the stories of long-lost civilizations she had learnt of whilst sitting in the warm security of her father’s arms. When her father had died when Jillian had been 14 years old in the Amazon jungle on the expedition which would have proved once and for all that Cyrus didn’t have his head up in the clouds as all his colleagues and the rest of the archaeological community believed him to be, Jillian follows in his footsteps to become an archaeologist herself, something which becomes twice as hard for her because her father’s reputation lingers even long after his death.

The final straw comes when Jillian is overlooked as a possible candidate for the Ouosalla dig in East Africa, the biggest new archaeological find in decades funded by her employer Frost Archaeological Foundation. Even though Jillian is more than qualified to attend, she is not even considered because of her father’s reputation, which brings forth the burning desire in Jillian to actually delve into her father’s fascination with the Anzar theory of the Amazon being named for a band of warrior women who had lived deep within the jungle, this fascination of his which had played the main role in Cyrus being labeled as a “misguided” fool.

When Jillian’s half brother Rick Sherwood learns of the probable treasure, the “Empress of the Heart”, a big fat red diamond that supposedly exists in the lost city of Anzar civilization, its not long before Rick teams up with the unsavory Steven Kates who agrees to fund their expedition to find the city of Anzar. Because only Jillian knows the secret of the coded message left in her father’s books, they have no choice but to take Jillian along. It is in Brazil that Jillian first comes across the six foot tall, potentially lethal Ben Lewis who is to be their guide in the rough trek through the Amazon jungle and its river for the next two months or so.

From the moment Jillian lays eyes on the rough around the edges Ben, she instinctively goes on the protective mode knowing that here was a man who would be lethal to her heart, body and soul if she were even to give in an inch. Ben is more than surprised and a little bit aggravated as well to find his unexplainable fascination with a woman who does not even remotely fit in with the usual type of women he carouses around with. And though Ben tries to tell his wayward libido otherwise, his body clamors to possess Jillian as his own and brand her his. His practiced seduction techniques certainly do not seem to work on the cool and collected Jillian, who makes it her self appointed mission to not give into Ben’s caresses which leaves her senses begging for more of where that came from.

Dislikes: Umm.. nothing much but I felt that I didn’t get to learn more about Ben and his past which I yearned for throughout the story. Though the lack of his past didn’t in anyway diminish the full force of his personality, I would have loved knowing more about him than just his hyperactive libido which makes its presence known right from the very beginning. *wink*

Recommended for: Fans of Linda Howard and fans of jungle trek themed romances.