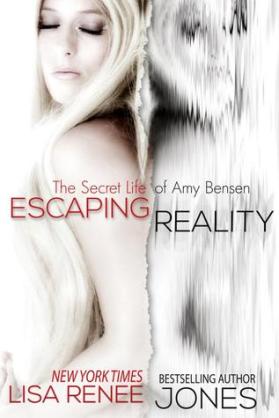 His touch spirals through me, warm and sweet, wicked and hot. I shouldn’t trust him. I shouldn’t tell him my secrets. But how do I not when he is the reason I breathe? He is what I need.

Liam Stone is a reclusive billionaire and philanthropist, a brilliant architect whose work is coveted by anyone and everyone who wants to make a long lasting impression in terms of building architecture and landmarks. A man who hugs his own demons far too close to comfort, Liam is a man used to taking charge, going after what he wants and winning.

Amy Bensen is a woman who is on the run, who has been on the run since she’d been 18 years old. Blending in with the rest is what does best, drawing attention to herself something that makes her palpitate in the fear that whatever or whoever she is running from would get the best of her.

Amy and Liam’s paths cross when the unseen danger comes calling once again, requiring her to leave whatever semblance of normalcy she has had for the past couple of years and leave everything behind. With the attraction and sense of awareness that trickles to life between them real and hard to ignore even from the very start, Amy finds herself breaking all her self appointed rules when it comes to Liam and how utterly and thoroughly he wreaks havoc on all her senses. Told in first person from Amy’s point of view alone, Escaping Reality is the first book in the two book series, The Secret Life of Amy Bensen.

Escaping Reality is my very first book by the New York Times Bestselling author Lisa Renee Jones. Amy’s story is one that calls out to the reader, one there is no escape from once you start reading. With the turn of each page, Lisa embroils you deeper into the unfolding relationship between the darkly handsome Liam, whose contrasting nature of being demanding in the bedroom and protective out of it tugs at your heartstrings.

Liam is a force to be reckoned with. One doesn’t assume the role of being a billionaire after having grown up barely making ends meet without becoming one. His utter focus on Amy and uncovering the secrets that makes her flinch away from life and all the possibilities it has to offer is one that compels the reader to keep turning the pages. There is a darker side to Liam, a side that he mostly hides from the rest of the world. The moment of desperation that revealed that side of him was in essence the point where I felt myself get drawn deeper into his character.

Amy has been running for so long, looking over her shoulder for the danger in pursuit of her, from the bits and pieces of memories that haunt and taunt her for so long that its almost as if she has known no other way of life. Liam is the rule breaker, the man who disturbs and destructs all the plans she has laid out in her mind to play her role in the game of survival that has become her life for the past six years.

Amy might want to turn around and run, run as far away as she can from Liam and all that he comes to mean to her in the short span of time that takes to form the bond between them, but something holds her back, the need within her that spirals out of control every time Liam lays his eyes on her. It is her undying need to be with him and protect him from her at all and any cost that finally makes Amy take that vital step towards seeking answers for the questions that has always been at the back of her mind, never being answered for the lack of courage within her to step in that direction.

Escaping Reality of course concludes with a cliffhanger ending which leaves the reader practically itching to find how the series will conclude, the curiosity which will only be sated coming October.

Final Verdict: Relentless; with the hint of danger & darkness snapping at the heels of the turn of every page, Escaping Reality is an unstoppable page-turner!

He advances on me and I swallow the rest of my sentence. I start to back away but he is already in front of me, his hands on my waist. I suck in a breath, and just that fast, I’m on the counter, skirt up, knees apart, and the fingers of one of his hands tunnel into my hair. His mouth slants over mine, his tongue licking into my mouth, and he doesn’t taste tender. Not one little bit. He tastes like the raw, honest passion he’s promised this night will hold. And he tastes like me.

There is just the wild passion consuming us, and he is touching me, moving inside me, and I am going crazy with my hands tied. I want to touch him. I need to touch him.
He is on edge too, his grip tightening around my hips, his face buried in my neck, and with a guttural moan, he pushes harder, deeper, and my sex is one deep pulse around his shaft that begins a wave of pleasure and spreads through my entire body. I am there. I am falling, tumbling, and finally, I crash into that sweet spot.