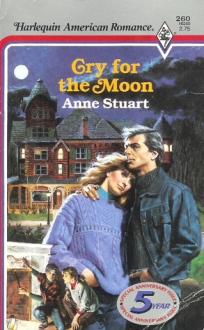 Widow of six months, Marielle Brandt turns up with her five year old daughter Emily and eighteen month son Christopher at the doorstep of Farnum’s Castle, against all the advise doled out by the elderly attorney, who from the onset tries to convince her to sell the derelict building which Marielle is now to call home.

Left destitute with a mountain of debt by her husband, Marielle leaves behind a life which she particularly wouldn’t miss. The attorney goes as far as to tell her that the building is haunted, which does not in the least deter a very undaunted Marielle. The determination with which she was going to make Farnum’s Castle perhaps borne a bit out of the fact that she has nowhere else to go.

When one of the tenants of the building, the mysterious Simon Zebriskie encounters the very young Marielle, whom he considers so owing to perhaps his failed marriage from before, he is distrustful. Not so much because she is untrustworthy, but a distrust that stems from a side of himself that he had thought had gone dormant that comes to life with Marielle’s presence.

Simon is a man paying penance for something that had meant the end of life as he had known it, which had afforded him a life of luxury that is a distant memory from what his life is like now. With an odd cast of secondary characters who magically brings the “Gothic” side of the story alive, Cry for the Moon is once again a testament to Anne Stuart’s ability that remains unrivaled even with the multitude of romance writers out there.

A book written when I was in my early childhood, and yet even today stands firm with the test of time is exactly why I would always pick an Anne Stuart to chase away my reading blues. In Simon, there is the deliciously tender hero that any reader would fall in love with. Minus the anti-hero qualities that makes Anne Stuart so famous in the development of heroes in her novels, Simon is a man haunted by a past that makes him aloof and reluctant in many ways to confront his rioting emotions when it concerns Marielle.

Marielle on the other hand, is the strong, kind, and yet emotionally scarred heroine that anyone would root for. Her reluctance to step into anything with Simon comes from a marriage that had failed her miserably when all had been said and done. Having gotten married at a young age, Marielle would rather forge ahead on a path of her own making and do it alone, and yet, she cannot help but be ensnared by the passion that rises to the surface and explodes with every deliciously lazy kiss that Simon lays on her.

Final Verdict: Beautifully rendered, Cry for the Moon belongs in the collection of gems with which Anne Stuart has enriched the reading lives of many a romanceaholic like myself. Recommended.

“Let go of me,” she said, her voice a hushed command in the still room.
“Yes,” said Simon, not moving.
“We can’t do this.”
“No,” he agreed.
“Simon.”‘ Her voice held a very definite note of warning.
“Yes,” he said. Then, “No.” And then he dipped his head, blotting out the moonlight, and his mouth caught hers.
Unbelievably, it had been years since she’d been kissed. Possibly not since the night Christopher had been conceived, and she wasn’t even sure of that. And she’d never been kissed the way Simon was kissing her, all urgency gone now, slowly, thoroughly, his mouth touching and teasing and tasting, nudging away her panic until she had no choice but to soften her mouth, to part her lips for him, to let him take possession with a sudden sly ferocity that left her trembling beneath him.

Suddenly she decided to shock him in return, to prove to him that she wasn’t the skittish little coward he seemed to think her. Reaching out with the tip of her tongue she touched the firm contours of his lips, teasing the edge of his teeth, exploring, very gently, very shyly.
She was unprepared for the intensity of his reaction. He’d been standing there completely passively, hands at his sides, when a strangled groan caught at the back of his throat and he pulled her into his arms, his tongue meeting hers. He picked her up and turned her in his arms, pressing her against the graffiti-covered wall of the apartment as his tongue took up where hers had left off.

Simon paid no attention to her protests. He kissed her, his mouth covering hers and sealing her objections as his long, deft fingers stroked and caressed her. Now she was clutching his arms, fingers digging into his hard-muscled flesh. She wanted to beg him to stop—except that she didn’t want him to stop. She wanted him to keep on, keep on forever, his hand between her legs invading her, arousing her, taking her from blind innocence to someplace dark and dangerous and overwhelming.
Marielle tore her mouth away from his. “No!” she choked. “No, stop! I can’t stand it! I can’t…”
“Yes, you can.” He was relentless, and for just a moment she fought him, pushing against him. Then the first wave hit, a jolt of sheer, agonizing pleasure shooting through her with the power of an electrical charge. She went rigid in his arms, shock and reaction keeping her still for a moment. Then her body convulsed against him as wave after endless wave of response twisted her into a helpless rag doll.

She shut her eyes, still tense, still waiting. But he made no move at all, despite the power vibrating in his arms, despite the need covering his body with a fine film of sweat. “Look at me, Marielle.” There was a hoarse note of pleading in his voice, one she couldn’t resist. Her eyes shot open. “Say something, Marielle. Anything.”
“I thought you liked me quiet.” It didn’t sound like her voice. It was raw with need and wonder and emotion.
He still didn’t move. “Not that quiet. Say something, Marielle. Say you want me.”
The ghost of a smile twisted her mouth. “Of course I want you. I’ve never in my life wanted anyone the way I want you. I never thought I’d want anyone the way I want you. I want you, I need you, I…” His mouth silenced the last, dangerous statement that might have slipped out, and his body pushed into hers, settling deep.

Maybe it was the two glasses of wine, or the roller coaster of emotion she’d been riding; maybe it was just time to take a chance and stop being so damned serious. Marielle lifted her flowing black chiffon skirts, just high enough to expose black lace ankles and spiky black shoes, and sauntered across the room toward a wary-looking Simon. “Saint Simon,” she murmured, her voice low and throaty when she reached him, “am I another one of your charity cases?” And before she could think better of it she reached up and pressed her red-painted lips on his, her heady perfume enveloping them both.