The Girl in the Moss by Loreth Anne White is the final book in the Angie-Pallorino series. Each installment has carried “individual” stories that can be read as standalones, but I would still recommend that the books be read in order for the reader to get a true grasp of the depth of characterization that has gone into these stories Loreth has crafted.

Loreth is a writer of darker edged suspense, with just enough romance in the mix to appease readers like myself. If Loreth chooses to write pure suspense, I would still buy her books because she is an author who always gets it right, regardless. The darkness in her books calls to a part of me, which perhaps even I do not understand. Loreth’s deep understanding of human nature, and the way she tells it as it is; all that and more are reasons why I would always keep coming back for more.

The Girl in the Moss begins when the body of a woman is uncovered in the moss, in an area where both ex-cop Angie Pallorino and Detective James Maddocks goes to get away from the stress of city life, their jobs, and the countless other issues that has plagued their union from the beginning. When the body is discovered, Angie and Maddocks are the first detectives with experience to arrive at the scene. However, with Angie now no longer being part of the active police force, her resentment which is always at the surface flares up, at which point everything starts heading downhill.

The tables turn when Angie is summoned by the grandmother of Jasmine Gulati, the woman whose body was discovered, with the grandmother willing hire Angie’s services to find out certain aspects related to Jasmine’s disappearance 25 years ago, and the circumstances surrounding Jasmine’s life before the incident had taken place. At first Angie is reluctant, even as intrigued as she is about the elements surrounding Jasmine’s disappearance and death by accidental drowning as the coroner had concluded. But as Angie delves deeper into the case, she puts the final nail in the coffin that drives her boyfriend Maddocks away, and in the pursuit of the truth, uncovers more than she bargained for.

Small town alliances, familial relationships, the unchecked sexual power and hedonistic nature of one woman and how it had played out for her in the end; all of that and more are at the heart of this story. How the brutal sexual assault and violation of a boy with developmental issues at a tender age made him more reclusive, and creates amidst a close-knit society a killer in the gentle giant he is otherwise. It was hard to abhor a character of that nature, even when he had performed such evil, when his troubled past is taken into account.

Explosive secrets that could rip families apart surface, and age old wounds that some didn’t even believe existed, but were festering underneath the daily grind of life open up and along comes Angie, pricking and prodding, doing what she does best. Stubborn to a fault, like a dog with a bone, that is in essence who Angie is. How two different investigations collide, bringing to light the full picture, that alone was reason enough for this book to deserve commendation.

Even with all her faults, Angie still makes for a likable heroine. There are so many facets to her character that makes you want to shake her, and shake her good. Her stubborn and dogged determination does not apply to her work alone, but to her personal life as well. With a past such as hers, colorful to say the least, with memories of the kind that would cripple anyone’s emotional well-being, Angie fights all of it, and fights those who try to get close to her.

Maddocks finally calling it quits made me admire him on a level I cannot explain. Maddocks has always been a larger than life figure in this trilogy, even though the main focus has always been Angie. Loreth’s ability to craft such characters and give them voice has the reader wanting more, definitely more. Maddocks is absolutely that kind of character. Though his role in this last book is almost nonexistent, his presence is somehow felt throughout. That is the kind of brilliance that Loreth brings to the table as a writer.

Reading through my notes for this review has made me appreciate the story all the more. This is a novel that runs through the reader’s mind like a movie that unfolds right in front of you giving deep insight and clarity. It is the kind of story that is rare, and perhaps because of that very reason, all the more coveted. Loreth is an author who deserves more recognition as a writer, whose books deserve to be sensationalized, if that hasn’t happened already. It would be redundant for me to say at this point that I am looking forward to the next book, The Dark Bones set for release in May next year.

The Girl in the Moss is the kind of book that makes choosing the next book to read that much harder. All because you know deep down inside that nothing would ever live up to where your last read took you to. I just wish that there were more books in the series, even though I can sense the need to end the trilogy at this point. The best kind of series are those than an author completes, giving the due closure needed, and at the same time, leaves the reader wanting more.

Recommended for those who love tangible suspense and tension that unfurls and coils around you as you delve deeper, books that you can sink yourself into and forget the rest of the world.

Final Verdict: Just when you think that Loreth wouldn’t be able to surprise you, she brings on plot twists that just leaves you speechless. Excellent plot & fantastic execution. To see the changes Angie has undergone was the icing on the cake. 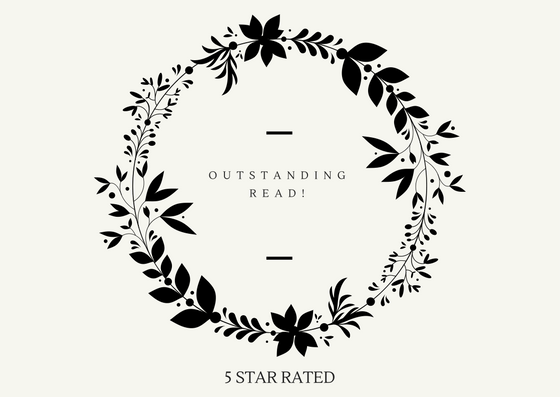