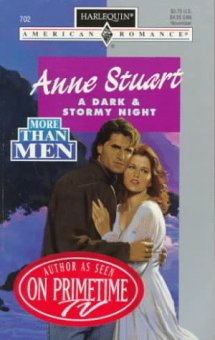 28 year old Kathleen Bridget Moira O’Monaghan Flynn (Katie) is a weather junkie, who prefers singledom because she likes her freedom and solitude too much. Leaving everything familiar behind had been her way of facing an early onset of “mid-life crisis”, in the search for greener pastures to graze on. When she gets caught in a massive storm and nearly plunges to her death, it is the man that rescues her that changes the course of her life so drastically from that point on wards.

When Jamie O’Neal rescues Katie in the midst of a fierce storm, he has little inkling of the fact that Katie would end up turning his life upside down. Jamie is a man who has been denying himself happiness, the guilt that he has nursed all along since the tragic deaths of his family having kept him solidly within a prison of his own making. Jamie has a secret that he tells no one, a secret that he cannot trust anyone with, which ties in with that fateful night he lost his family to the churning waters of stormy seas.

Even though Jamie tries to send Katie on her way, to push her away, to deny himself, fate however has other plans in store, especially with Katie being helped along by forces unseen by Jamie. At the same time, Jamie does not see the threat that exists right under his nose, which made for pretty interesting reading.

I picked A Dark and Stormy Night needing to read a story that would awaken all my senses. I wanted a book that would sweep me off my feet, the reason why I keep Anne Stuart reads to pick up on those days that I need a booster in terms of my romance addiction. Anne Stuart is the perfect antidote to all my woes and this story just proved once again that the woman can basically do no wrong.

I loved A Dark and Stormy Night in so many ways. Jamie was such a wonderful hero, equal doses aloof and tragically beautiful, while at the same time with a vulnerability that spoke to me on so many levels. Katie was just perfect for him; brash and brave in a way that was needed to shake Jamie out of that decade long stupor he had gotten himself into.

Every time I pick up an Anne Stuart to read, it is as if I fall in love with her writing, head over heels, all over again. I found the prose of this book particularly beautiful, perhaps one reason being that my reader soul was starved for words that speaks to me on a whole different level. I actually cried over the beauty of the prose of the book, which made me fall in love, all that much more.

I so loved the epilogue. Couldn’t have asked for anything more!

He moved his mouth away from hers, just for a moment, and her voice was small and pained.
“Please don’t,” she said. But her hands clung to his shoulders tightly, and she rose on tiptoes and pressed her mouth against his, ignoring her own plea for mercy.
He could have stopped. She wanted him to stop, he wanted to stop, and it would have taken so little to step back, set her away from him, retreat to a corner and await rescue or drowning, he didn’t give a damn which.

“Hold on to me,” he whispered against her ear.
“Hold on tight.”
She put her hands on his shoulders, and she could feel him against her, hot and heavy, pressing, filling her, sliding in a little at a time, and then withdrawing, only to push inside her again, deeper this time.
Her fingernails were digging into his shoulders now, but he didn’t seem to mind. He rocked against her, a slow, leisurely pace that was maddening when she needed more, she needed all of him, not this wicked tease, this promise of something shattering and unattainable.

“Look at me, Katie,” he said in a harsh voice.
She opened her eyes, staring up into his lost, beautiful ones. Her breath and her heart stopped as he thrust deep, breaking past the barrier of her virginity and filling her completely.
The pain was nothing, the joy powerful. She no longer clawed his skin, she slid her arms around his neck and kissed him with pure abandon and love.

She was crying, she realized belatedly. Sobbing, but O’Neal didn’t seem to mind. He rolled to his side, taking her with him, holding her with all the tenderness of a lover.
He was her lover, she thought in amazement, weeping her stupid tears against his chest while he stroked her hair and murmured soft, loving things that made no sense. He was her lover and her love.
And she fell asleep mid-sob.