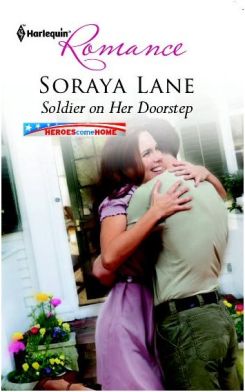 Soldier on Her Doorstep tells the story of the journey taken by a soldier who suffers from survivor’s guilt, and how a man who has been a loner for most of his life suddenly finds himself feeling a wealth of emotions towards the widow of the man who took a bullet for him and died in his place. And how in the end he finds love, peace and happiness in the most unlikely of places.

When Alex Dane drives up to Brownswood Alaska, his only intention is to deliver a message to Lisa from her deceased husband and get the hell out. But when Alex feasts his eyes on the beautiful Lisa Kennedy and her 6 year old daughter Lilly Kennedy who hasn’t spoken a word to anyone apart from her mother since being informed of the death of her father, something that has stayed long dormant inside of Alex till now stirs to life.

Lisa can’t help but be drawn towards the silent and broody soldier that shows up on her doorstep looking as if its the last place he wants to be in. However, it is Lilly’s instant connection with Alex that astonishes and pleases Lisa  the most where Lilly and Alex form a strange bond right from the beginning which turns around Lilly’s healing process from the trauma of losing her father.

The instant attraction between Lisa and Alex doesn’t come without complications. Though Lisa in her mind is ready to accept that she feels something for Alex, her emotions wage an internal battle on whether it is the right thing for her to move on so quickly. And Alex would rather cut off an arm than give into his attraction towards the widow of the man who gave his life for him. Nevertheless, their attraction proves to be a more powerful drug than either of them could hope to resist and though they do give in to it, it is Alex’s  tormented soul that needs to heal before Alex and Lisa can have any real shot at happiness.

Soldier on Her Doorstep is a novel that has real good potential. I liked Alex and Lisa and Lilly as well, the 3 of them served to be endearing characters who lend the story a charm of their own making. I loved Lisa because she is someone whose character is strong enough to heal the very tortured soul of Alex who needs all the love and TLC in the world for him really put his demons to rest. Lilly makes for a very adorable character as well and I loved the descriptions that brought to life the connection between Alex and Lilly that serves as the healing point for Lilly’s trauma.

However there were a couple of things that could have made this story better. The constant retelling and rehashing of what William (Lisa’s husband) means to the budding relationship between Lisa and Alex gets a bit old after sometime. I would have loved to see more interactions between Alex and Lisa to witness firsthand how Alex heals from Lisa’s love and care.

Recommended for fans of Harlequin romances.

She leaned across the counter toward him. Too close. He fought the urge to lean back, to literally fall off the stool to get away from her. Lisa’s eyes danced over his. The connection between them scared him rigid.
He sucked air through his nostrils and tried to stop his hands from becoming clammy.

Lisa saw him as her friends would. Big, strong man, with shoulders almost as wide as Lilly was long. Muscled forearms tensing as he cast the line back and forward.
He bent over to correct Lilly’s grip and almost ended up wearing a piece of bait in his eye. She started laughing. It took a moment, but Alex started too. They both stood there, this giant and his fairy, giggling.

She (Lilly) sighed and let her head rest against his arm. “But I don’t want to talk to anyone else.”
“You talk to me.” He whispered the words, conscious that maybe she hadn’t actually thought much about the fact that she spoke to him.
“Something’s different about you,” she whispered back.
Alex wished her therapist could hear all this. Maybe to a professional it would make more sense. “Why? What’s different about me?”
“You make me think of Daddy.” 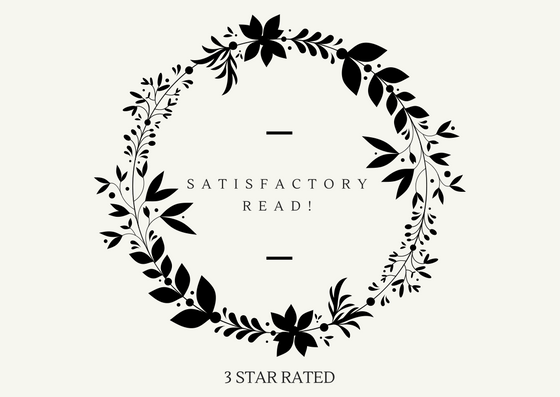