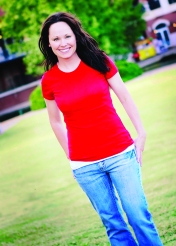 To celebrate its release, Gena is giving away a copy of the book to one lucky commenter on the post. And this giveaway is open to US residents only.

About WICKED NIGHTS by Gena Showalter: 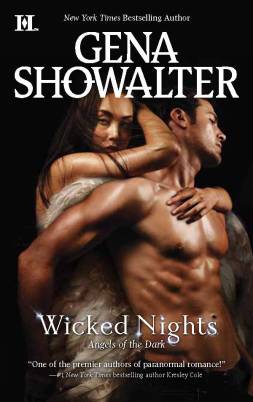 From the New York Times and USA TODAY bestselling author who brought you the Lords of the Underworld comes a dark and seductive new spin-off series. WICKED NIGHTS is the first book in Gena Showalter’s exhilarating Angels of the Dark series featuring heavenly beings poised on the brink of destruction.

Leader of the most powerful army in the heavens, Zacharel has been deemed by the One True Deity as being nearly too dangerous, too ruthless—and if he isn’t careful, he’ll lose his wings. But this warrior with a heart of ice will not be deterred from his missions at any cost…until a vulnerable human tempts him with a carnal pleasure he’s never known before.

Accused of a crime she did not commit, Annabelle Miller has spent four years in an institution for the criminally insane. Demons track her every move, and their king will stop at nothing to have her. Zacharel is her only hope for survival, but is the brutal angel with a touch as hot as hell her salvation—or her ultimate damnation?

Best of luck everyone!