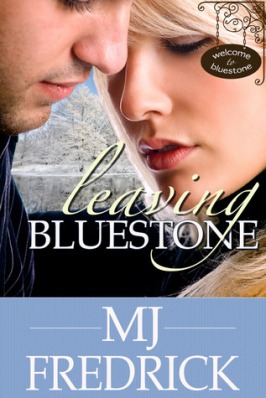 The third and final book in the Welcome to Bluestone series was the story that I most anticipated for when I first read the debut novel of the series. Even though the book didn’t live up to all my expectations, nevertheless MJ Fredrick did a fairly impressive job of tying up all loose ends in the trilogy and delivered a fitting end to a couple who had it going from the very beginning – if only Quinn Alden would let go of his stubborn notions that Lily Prater was not for him.

Ex-military, a bit broody and with one of those tattoos on him that could drive a girl to do crazy things, Quinn was the hero that I drooled over the most in the series. Quinn suffers from survivor’s guilt which makes him turn his back on the searing need that runs through him whenever Lily is around. The bits about the struggle that Quinn goes through to come to terms with his familial ties were ones filled with lump-in-the-throat moments. MJ has a way of bringing that sort of conflict to the forefront & dealing with them that just makes her books that much worthy of indulgence.

Lily is the driving force behind the total turnaround that the sleepy town of Bluestone does. She is like this little ball of energy that never ceases to stop, that never gives up and its her unwavering enthusiasm that is what drew me to her the most. Though at times it was exhausting to even think of all the things Lily gets done, I was impressed and suitably so since I am one of the least energetic people this world has ever had the fortune of seeing.

What I loved most was seeing all the changes that Bluestone sees, thanks to  the collective effort of its citizens, mainly Lily who never falters in her focus on making a name for Bluestone in the grand scale of things. All in all a great addition to the series. Though this is the end to the trilogy, there were characters I met throughout the story that I wouldn’t mind knowing more about – and yes, I am selfish enough to want more books from an author who never fails to deliver.

Recommended for those who love small town romances.

She padded barefoot to the door in her long flannel nightshirt–the nights were chilly already–and opened the door.
Quinn stood there, shoulders tense in his white T-shirt, hands shoved into the pockets of his jeans for the split second before he took them out and grabbed her, dragging her forward, one hand in her hair, the other around her waist. Then his mouth was on hers, hot and hungry, lips firm, almost like he didn’t want to be doing this but had no choice.