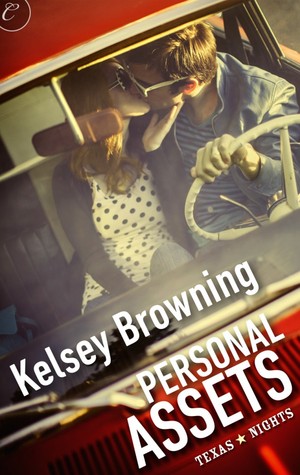 Turned out being bad with Allie was so damned good.

Cameron Kyle Wright returns to his hometown of Shelbyville in Texas with a sense of homecoming, to start his own business, make a name for himself and perhaps find a woman to settle down with and start a family. But he is barely home before he runs into the all too delectable Alice Ann Shelby, the cossetted daughter of the most prestigious family in town.

Allie knows trouble of the good kind when she sees it. And the six foot of grumpy ruggedness that Cameron presents calls out to all her girly bits to stand up and take notice and perhaps have a go at him while they are at it. With a PHD in hand, Allie is the owner of a body image and sexuality counseling service in town aka a sex therapist, a business that is frowned upon by her father who had never in reality approved of anything she has done with her life.

When Allie proposes to Cameron a deal that includes all inclusive hot and mind-blowing sex whose by-product would be intense orgasms that would leave both of them begging for more, Cameron is hesitant to get down and dirty with a woman like Allie. For someone who wants and craves respect from his townsfolk, Cameron finds out that getting his dose of mind obliterating sex with Allie just might be worth all the hassle that she brings to the other aspects of his life as well.

With humor that begs one to laugh out loud; and I guarantee you that you wouldn’t be able to hold your laughter in even if you tried, Personal Assets by Kelsey Browning is a contemporary romance for those who love humor interlaced with every aspect of their romances. There’s plenty of heat to go around, with a cast of characters that holds their own and are appealing protagonists for the books that are certainly to follow in the Texas Nights series.

Cameron’s character is not one easily discernible when you first start out with the story. His character is revealed bit by bit and mostly towards the end of the story. Cameron is a giver at any cost, which is evident both in his actions in and out of bed. The way he totally and utterly focuses on pleasuring Allie is something to be savored, the way he wants to protects her even out of a misguided sense of responsibility one that is endearing and exasperating at the same time.

Allie has her work cut out for her when at first Cameron tries and resists her advances to take things slow. However, Allie on a mission is hell on wheels for any heterosexual male’s libido and that is how she wins him over together with other aspects of her character that comes out when she is with Cameron. The one thing she doesn’t factor into their supposedly meaningless trysts is the fact that her heart might become involved, that Cameron might be the one to get past the barriers and finally lay siege on her heart.

Recommended for those who love romances from authors like Jill Shalvis and Kristan Higgins. With heat of the panty melting variety, Personal Assets makes for a scorchingly great debut of the Texas Nights series.

As he rolled to his side to rest his shaking arms, Cameron tried to ignore the way his heart was also pulsing, but not just from physical effort.
She’d asked for sex, plain and simple.
Whether she knew it or not, they’d already blown right past simple.

She kissed the base of his throat, and his chest rumbled against her breasts. He two-stepped them right off the dance floor and into a dark hallway. He gripped her hips in rough hands and lifted her, her thin bodice rubbing his chest, aligning their lips. He backed her against the wall and, within a single heartbeat, the kiss became a symphony of tangled tongues and mingled breaths. His arms tightened around her so she could barely inhale. They’d said barely a word, but their bodies were in deep communication.

Suddenly, he gripped her hips tighter and thrust into a sitting position so his face was even with her breasts. She wrapped her legs around his hips, leveraging him even deeper. He gave her a look that could’ve peeled the paint off one of his cars, burning and wild. Then his mouth was on her breast, surrounding, sucking, taking all of her inside his mouth.