Its being a while since I have come across a book that made me want to choose a pick of the month. Cynthia Eden’s Mine series has all the elements that tends to work for me. The darkness, obsession and the alpha men who makes me want to do all sorts of things that better not be mentioned here. Thus October’s pick of the month goes to, Mine to Keep by Cynthia Eden, book 2 in the Mine series!

And of course there is the giveaway too, which everyone is free to enter! So check out the giveaway section after the interview potion that follows.

Interview: Mine to Keep by Cynthia Eden 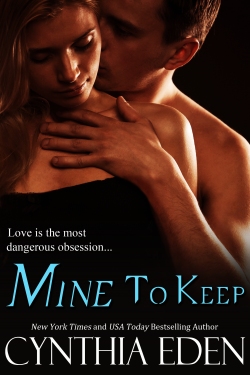 MBR: When I read Mine to Take, I had no inkling that there would be a second book featuring Trace and Skye, not that I am complaining of course. Was it always in the works; a second book or did their story remain unfinished with the end of the first book? In other words, what made you want to write the second book?

Cynthia: I had actually not planned to write a second book for them—so it was a surprise for me, too. 😉 But I received a great deal of reader emails about Skye and Trace, so I thought—why not? There was more that could be told about them, so writing MINE TO KEEP seemed like a good idea.

MBR: I love the fact that your heroes are so darn possessive, especially Trace who seems to be borderline obsessive but still comes out with that quality that makes him a hero and not that of the kind that draw contempt from female readers. Where do you draw the line when it comes to exhibiting alpha traits that might make readers turn away from your male lead characters?

Cynthia: I think that can be a very fine line. I try to show that my heroes always want the best for the heroines that I write. Yes, those heroes are possessive, but they love the heroines more than anything, and it’s the heroines who actually have the power in my stories—because they can get the guys to do anything they want.

MBR: That is so very true! And it is evident with every single action that Trace takes. Is there anyone in your life or otherwise from whom you drew inspiration from to come out with Trace’s character?

Cynthia: If only! But, no, Trace is pure fiction—though I did get inspiration from his appearance thanks to the ever so handsome Ian Somerhalder.

MBR: Ah. Fans of Ian would definitely go gaga over that fact.

I loved Skye. She had that vulnerability and the strength in equal spades that just seemed to call out to me. Not to mention the fact that she understands Trace so well and accepts him for who he is. If Trace and Skye’s books were ever to be cast into a movie, who would you cast in the roles of both Trace and Skye?

Cynthia: I’m so glad you enjoyed Skye’s character! Thank you! Hmmm…for the characters, I will go again with Ian (The Vampire Diaries), and for Skye…I think that Kristin Kreuk (Beauty & The Beast) would be a good fit. 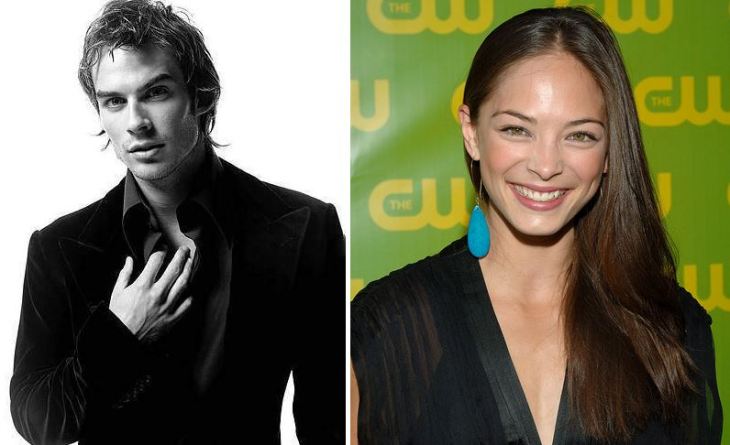 MBR: Oh, I really think Kristin would make a splendid fit for Skye!

Where do you think Skye draws all her strength from even in the face of all the adversities that seemed to have hit her life?

Cynthia: I think Skye learned early on that she had to depend on herself. Having Trace by her side makes Skye’s life easier because he is there to share all the challenges that come her way, but Skye won’t crumble without him. She has an inner strength that can get her through anything (and it has!).

MBR: The next question brings me to the explosive sex in your stories. How do you manage to write so many scenes that are always so raw, hot and have that tender quality to it all at the same time? Do you find writing sex scenes in your books easy or hard as some authors seem to find it?

Cynthia: For me, the sex scenes are the hardest part! It’s a challenge to get the heated intensity paired with the emotional elements of the encounter. I feel like it’s a delicate balancing act, so I try to be very careful as I write these scenes.

MBR: And you manage to pull it off with every single scene. That must be hard. That brings me to my next question.

By the looks of it, two more books are set to be released; the first one already released in October entitled Mine to Hold telling Noah’s story. Are there any more books scheduled for the Mine series and if so when do you think they would be released?

Cynthia: I do want to write more of the “Mine” books—next up will be a story for Drake.  I think his book will be out in early 2014. Then…well, I’ll let that be up to my readers. When I first started the “Mine” series, I wanted to write dark and sexy stories…all stories that featured obsession as an element of the tales.  I do have more ideas for additional books and characters, so as long as my readers are enjoying the stories, then I will keep going!

MBR: Thank you so much for taking the time. It has been fun getting to know some of the inside facts on how this series and Trace and Skye came about! And I am definitely looking forward to MORE books from the Mine series. 🙂

Cynthia: Thanks so much for interviewing me! It’s been a pleasure!