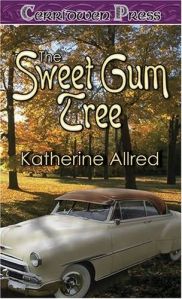 This is one of the best love stories I have come across. Though narrated in the first person which I dislike mostly, Ms. Katherine has done a wonderful job in creating characters that will stay with you for a long time once you are done with the story.

Once I started reading Alix and Nick’s story I couldn’t for the life of me put it down till I really had to go to sleep since I had work the next morning. I am glad now that I took the recommendation to heed and read this book which I would recommend for even non-romance readers to take a look at. Yes, its worth every second you spend reading the book!

Alix comes from old wealth and abundance of family love. Whilst her father was non-existent when Alix was growing up, she had never felt the lack of fatherly love since her grandpa known as Judge fulfilled that role quite adequately. Been on the receiving end of motherly love from her mother and two sisters who never got married and still lived with their father (Judge) this is as good as family life gets. Nick comes from the wrong side of town. With a drunken father who beats the crap out of him whenever he can, Nick is a defiant little boy of ten when eight year old Alix takes into her head to rescue him.

From then on these two are inseparable bound by ties that go beyond normal friendship. However Nick’s steadfast protection of Lindsay, a girl from the wrong side of town as well keeps these two from fulfilling the destiny of belonging to one another. Now fifteen years later, Alix is is finalizing her divorce from Hugh whom she married once Nick left town with a murder charge on his back and is a woman with a tough wall around her heart after her and Nick’s daughter Katie died from SIDS (Sudden Infant Death Syndrome).

All of a sudden Nick is back in town with his son Daniel who looks so much like Katie that the armor that Alix has put up all these years starts to fall apart one by one. However the truth of what actually took place that fateful night 15 years back is what would make or break these two people who are destined to be together if they can both forgive, heal and move on.

Wonderfully moving story that clutches at your heart. Loved it from the beginning till end!