This March, my pick is a debut novel by an author who shows outstanding talent and has received rave reviews for her book on various bookseller websites. I found the book on an Amazon discussion thread and one thing that I loved dearly about it was the fact that this romance took place partly in the Maldives where I hail from. So without further ado, my pick of the month for March 2012.

On the Island by Tracey Garvis-Gravis 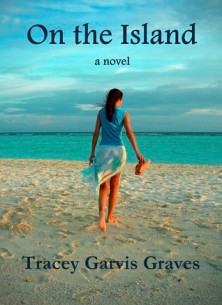 MBR: So what made you decide to base On the Island in Maldives, not that I am complaining of course?

TGG: Well, I needed a desert island so I googled and the Maldives popped right up. Because there are so many islands in the Maldives that are uninhabited, I thought it was the perfect location for my story. I knew nothing about the area, so it was definitely a learning experience, and I’m not sure I ever want to write such a research-heavy book again. I really hope to visit the Maldives someday so I can check out the crystal clear water and white sand beaches for myself.

MBR: Why the first person POV? Would you change the style if you were to do it a second time round?

TGG: Strangely, I always thought I’d write my first novel in third person. I wrote a few short stories in college and they were all in third person, but T.J. and Anna’s story poured out in first and it felt very natural. I knew I wanted to get into both of their heads as much as I could, so first person just seemed to fit.

MBR: I loved the way you brought about the viewpoints of both characters in a novel written in first person. I loved T.J.’s take on things. Whose POV was the hardest to write and why?

TGG: T.J.’s, definitely! But his was also the most fun, if that makes sense. I sometimes have the maturity level of a teenage boy, so it was refreshing to really let that part of me loose. But I also didn’t want to dumb him down because of his age, or have his character sound contrived, so I had to really think about what a teenage boy would say. I then needed to age him up slowly so that his character development and maturity level fit the circumstances. It was also very important that Anna and T.J. each had their own unique voices, so I would read their dialogue out loud to make sure nothing pulled me out of the story. Originally the book was going to be told only from Anna’s POV, but about 2/3 of the way through the first draft I realized that T.J. had a lot to say, and adding his POV would give more depth to the story. It ended up working really well, especially for the chapters where they were apart.

MBR: T.J. is such a swell character. I loved him to bits and then some. Who was your inspiration to write his character?

TGG: The inspiration for T.J. was purely my desire to write a character readers would fall in love with. On the Island has an extremely risky storyline, and I wanted people to see Anna and T.J.’s relationship as something beautiful and genuine, something that evolved naturally due to their circumstances. If I was going to put two people on an island who, for all intents and purposes should *not* be together, then I needed to create a hero readers could imagine themselves with. If I could make *them* fall in love with T.J., then they would also understand why Anna fell in love with him. Personally, I think he’s pretty swoon-worthy.

MBR: If you ever get the chance to choose the cast, if On the Island were ever to be made into a movie, who would you choose for the roles of both Anna and T.J.? 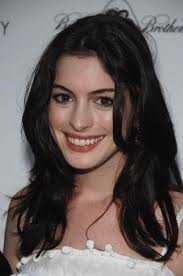 Lots of people have asked me this same question. It’s funny because when I was writing the book I could see the characters in my head but they weren’t famous people or anyone I recognized. It was only after the book was released that I started thinking about who I’d cast to play Anna and T.J. Jesilea from Diary of a Bibliophile actually came up with Anne Hathaway as the perfect Anna. I totally agree even though Anne Hathaway doesn’t have blue eyes; we’ll just have to pretend she does, lol! Actually, if Anne Hathaway had Courtney Cox’s eyes, it would be exactly as I envisioned Anna. Anne Hathaway encompasses Anna’s understated beauty wonderfully because in my mind I pictured Anna as someone who was very attractive, but not overtly so. She’s classy as opposed to flashy, but she can rock a fancy dress when she wants to. 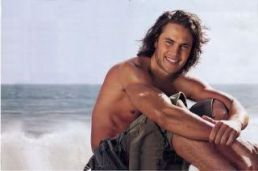 As for T.J., I have to thank my friend Tina for the suggestion of Taylor Kitsch. Fans of Friday Night Lights will recognize him from that show. I agree that he would be an absolutely perfect and swoon-worthy T.J., and I don’t know that I’d mind being stranded on an island with him. He has a wonderful boyish charm, and I can totally picture him with a ponytail, dark suntan, and a lot of scruffy stubble.

Wouldn’t John Goodman be a good choice for Mick (the seaplane pilot)? I can see him sitting in the pilot’s seat with a big smile on his face. In my mind, Mick was jovial, kind, and brave which are all traits I can imagine this actor portraying flawlessly. I’m a big fan.

MBR: So what’s next from you?

TGG: Covet is my next book. It will be available in the fall, and it’s contemporary women’s fiction. 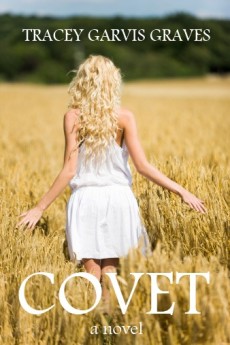 Here’s the tagline: What if the life you wanted, and the woman you fell in love with, belonged to someone else?

Chris and Claire Canton’s marriage is on life support. Downsized during the recession, Chris copes by retreating to a dark place where no one can reach him, not even Claire.

Daniel Rush had it all, until a tragic accident took away everything he cherished. A chance meeting with Claire sets in motion a chain of events that will leave three people questioning their choices and dealing with the aftermath of their decisions.

This book tackles some major issues and it’s been quite emotional to write. I’ve shed many tears. But one of the things that I wish for in women’s fiction, and don’t find often enough, is a feel good ending. A romance novel will definitely have a happy ending – the genre calls for it – but women’s fiction doesn’t always end on an “up” note. That’s totally fine, but my personal preference is for a satisfying ending that doesn’t leave me feeling sad or bummed out or frustrated. I read to be entertained, to escape the daily grind. I want to feel good when I finish reading a book which is why Covet has an uplifting, hopeful ending.

My 3rd and 4th books, planned for release in the fall of 2013 and 2014, respectively, will be a return to straight-up contemporary romance.