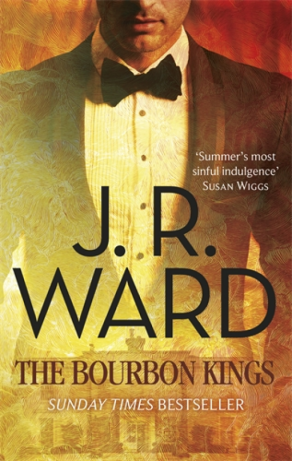 The Bourbon Kings is the first novel in a sweeping saga that tells the tales of the lives of the four siblings of the Baldwine family. It is not a simple story by any means. With multiple threads of the story happening at once, The Bourbon Kings is a novel that does justice to the reader by delivering a page-turner that is difficult to put down.

Jonathan Tulane Baldwine (Lane) returns home to the news that his mother might be at death’s door – not his birth mother, but the woman who raised all four of them with love and affection that was so glaringly absent from their lives. Lane, who otherwise had no inclination of returning, finds that his love for the woman that he had hurt beyond redemption by marrying another is still very much the owner of his heart. Furthermore, Lane also finds that the family is at the precipice of a change that could devastate them all, a change that could leave them all defenseless in the wake of it, if Lane were not to take up the reins as required.

Lizzie King swore to herself that she would never be taken in by Lane or anyone who looks as good for that matter. But the minute Lizzie’s paths crosses with that of the son that has returned, she finds that she is as helpless in the wake of want, desire and love that courses through her as much as Lane. The family politics that Lizzie has always stayed away from as an employee of the manor is what turns the tables for Lane and Lizzie, the knowledge that nothing was as she believed it to be when it comes to the deep and dark secrets of the family.

The Bourbon Kings is not a story that tells the tale of Lizzie and Tulane’s tale of love alone. It sweeps through the lives of the 4 siblings, Edward Westfork Bradford Baldwine, Virginia Elizabeth Baldwine otherwise known as Gin and Max, the one known as the free spirited sibling, the only sibling who didn’t make an appearance in the debut novel.

Edward is the hated son, the eldest who faced his nightmare at the hands of kidnappers in South America. Edward is a character that you feel for deeply, helpless at being unable to do anything much but read along, horrified at the extent of the betrayal that had basically crippled his life.

Gin being the only female sibling, is the one that carries the scars of having given birth to a daughter that she had felt ill-equipped to look after  with basically no support I am guessing, from whom she is pretty much estranged. Gin’s true love remains forever lost to her because of a decision that she is “forced” to take in the heat of the changes that comes to the family dynamics. A decision that had my heart do a dive because of the imminent sorrow I felt for her and the only man she has ever truly loved – the father of her daughter. It once again made me feel helpless as I could basically feel the horror that Gin’s life is going to be, a horror perhaps of her own making, which nevertheless does not make it any easier to swallow.

While Lane and Lizzie’s obstacles remained to be the broken trust that had shattered Lizzie in a way that she had never gotten over since Lane left the estate after his marriage and the woman who pretty much is still Lane’s wife who still lives on the estate, it is the events that takes place within the family, the deaths that came that had Lane reeling from the impact more than anything else that turns all their lives upside down. The fact that their entire family business is at peril, the name of the richest and oldest families in the bourbon making business facing the imminent threat of being dragged through the muck being the reason that requires Lane to step up and fill in the shoes that had been Edward’s role up till the moment he had cut ties from the family.

This being my first J. R. Ward, I was a bit apprehensive and pretty much excited to finally delve into something she had written. All because Ms. Ward is a name that you come across multiple times if you are lover of the romance genre. I found mixed reviews up on Goodreads for this book, perhaps given the fact that most of Ms. Ward’s fans are those of her urban-fantasy/paranormal series known as The Blackdagger Brotherhood of which I became a fan right after I finished The Bourbon Kings.

Talent of the kind that can juggle multiple lines of stories in one setting and deliver on each and every single one of them leaving the reader begging for more is one of the rarest in the world of books, especially when it comes to the romance genre. I found myself totally captivated by the immensely complex and yet profoundly broken and beautiful tale of love, lust, betrayal, jealousy, suspense and heart wrenching pain that Ms. Ward has created with this series. I became a fan from page one itself.

Looking forward to the next installment in the series, Angels’ Share, which has already come out. I can’t wait to see where Ms. Ward takes these characters that have embedded themselves in my heart from the get-go.

Final Verdict: Sweeps you off into a setting that delivers a riot of emotions of the page turning kind!

“You need to go now,” he said in a tight voice.
Yes, she told herself. I do.
And yet for some crazy reason, she whispered, “Why?”
“Because if I wanted you when it was just a game”—that stare of his locked on her mouth—“in my current mood, I’m desperate for you.”

He never thought he’d get this again, and though he would have liked to do a slow-and-sweet, he couldn’t. Too desperate.
He was rough with the waistband of her shorts, tearing at the button, the zipper, ripping them down her legs. And then he slid his hand between her thighs, pushing her cotton panties out of the—
Lizzie called out his name in a hoarse voice that nearly made him come right then and there. And as her fingers bit into his shoulders, he stroked her harder.
“Hurt me,” he growled as she dug into him. “Make me bleed …”

Lifting Lizzie up off the floor, he relished the way she locked on to him with her powerful arms. One tearing jerk of the zipper on his slacks and his arousal was ready to go. He split her underwear in two, and then—
The roar he let out into her neck was like that of an animal, but he paid no attention to the sound. The slick hold of her sex was a sensation he felt over his entire body, and he orgasmed immediately. So long … so long, that he had dreamed of her, and regretted what had happened, and wanted to do things differently. And now he was where he had prayed to be: With every pumping release into her, he was rewinding time, putting things back to rights, repairing the wrongs.