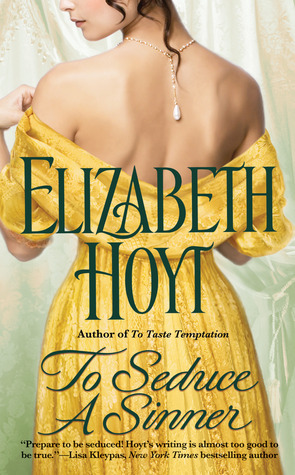 It is quite the impossible feat to finish reading To Taste Temptation, the 1st book in the Legend of the Four Soldiers series and not be intrigued by Emeline’s best friend Melisande Fleming. It is also fair to say that pairing Emeline’s best friend with the man she had been engaged to marry before she had met her happily ever after, the man being Jasper Renshaw, Viscount Vale was another reason that I was so quick in picking this up to read. Melisande’s character intrigued me for the front she puts up, the stoic and reasonable woman behind which I knew lay a heart that wants what most of us do. Someone to love, someone who returns that love tenfold and make you glad and giddy that it is so.

Even though popular with the ladies all over the ton, Vale seems to have run into quite the fix when it comes to acquiring his own bride. After being jilted for the second time, it is Melisande who comes to his rescue and offers her hand in marriage to him, surprising and intriguing him at the same time. While Vale makes it quite clear to Melisande that he is looking for a proper marriage, one where he gets bedding rights with his wife, Melisande agrees to everything and more. After all, she has loved Vale from afar for six long years and he needs not know her reasons for wanting him as her own.

Melisande is described as a plain woman. Someone who pretty much no man, especially one like Vale would notice in his attempts to woo and seduce ladies. It is Vale’s coping mechanism. Being surrounded by people, parties, laughter and joviality while on the inside he is reeling from the effect the tragedy at Spinner’s Falls had left on him. Being responsible for the regiment that had been attacked by Indians, the nightmares never leave him, especially at night when they come home to roost in his subconscious. Vale keeps that fact close to his heart, until Melisande breaks down the barriers he has put up, both physical and mental, until she takes him for everything he is.

Vale’s intrigue when it comes to the woman he married increases by the day. The sharp contrast between the woman who does not show much emotion during the day and fulfills every dirty and wanton need of his at night is a woman that needed to be unraveled. Vale is relentless in his pursuit of the secrets that Melisande hides behind. To find out what makes her tick. To find out what she wants. And most of all, why she offered her hand in marriage to him. A secret that Melisande guards as selfishly as Vale does that of his nightmares.

Along with the seduction and wooing of his wife that he pursuits with a vengeance, Vale continues his quest for the truth behind what happened at Spinner’s Falls. To find out the man that had betrayed his regiment and left them all at the torturous mercy of Indians who had practically annihilated them. Vale’s character is one you grow to love as the story goes on. The man behind the mask that he puts on at social gatherings is a man worthy of everything Melisande has to give and more. The fact that he never acknowledged Melisande’s existence before she had come up to him with the proposition does not deter him from seeing her from then on. Really seeing through to her and finding a woman who completes him in every single way possible. A woman he needs in every single way there is.

The emotional wallop behind the story suckerpunches you square in the gut right after the marriage. The emotions that coursed through me as I witnessed both Melisande and Vale at once fight the losing battle between them towards claiming each other as their own was one that I absolutely loved! The scene where Vale draws out Melisande’s secrets, one kiss at a time, one heady caress at a time was purely hedonistic, and I could not have asked for more!

Beautifully crafted, as always! Kudos to Hoyt, the master of the genre!

Final Verdict: Sinfully hot and just as exquisite! Hoyt’s name resounds all over the genre for a reason!

“Why are you doing this?”
“What?” he asked idly. He brushed the rose against her cheek, the softness of the petals sending a shudder down her spine.
She caught his hand, hard and warm beneath her fingertips. “This. You act as if you’re wooing me.”
“Do I?” He was very still, his lips only inches from hers.
“I’m already your wife. There’s no need to woo me,” she whispered, and couldn’t keep the plea from her voice.
He moved his hand easily, though she still had her fingers wrapped about his. The rose drifted across her parted lips.
“Oh, I think there’s every need,” he said.

“Do you mind?” she asked.
She was gratified that he had to clear his throat. “Not at all.”
She nodded and raised the hem of her chemise to her hips before climbing into the chair. She straddled his lap carefully and let the chemise fall. Then she sat. For a moment, all she could do was savor the heat of his thighs against her bottom. She could feel his body hair tickling her most intimate parts.
Then she smiled and wove her arms about his neck. “Will you kiss me?”
“God, yes,” he growled.

She raised up on her knees and pushed against his cock. She was panting now. He watched her and brought his thumbs and forefingers together, pinching her nipples. She gasped and arched her back, but his cock slid to one side. Frantically, she reached between them to hold his slippery length steady. She ground against him. She could feel her folds, swollen beneath her fingers. She imagined her sex, crimson and wet, flowering against his cock. She rubbed the head of his penis against her clitoris, biting her lips, striving, struggling toward that goal.
Then he leaned forward and sucked a nipple into his hot, humid mouth, and she went over the cliff. Rushing, panting, she shattered in space.

She grabbed his broad shoulders and hung on. Her legs were wide, her breasts jiggling, and her mouth was open against his face, kissing, licking, biting. And all the while, his cock plundered her. Leaping. Demanding. Plunging.
Until all his muscles tightened at once. He shook his head, his teeth clenched, his body rigid, and she felt the hot wash of his seed into her body. He jerked once. Again. Then exhaled as if all the air was leaving his body at once.

He jackknifed up and flipped her beneath him. And then he was looming large and menacing over her, his face dark as he growled, “Do you think me a plaything, my lady?”
She opened her legs wide, planted her feet, and arched her hips off the bed. She rubbed her sex against his length, watching as his eyelids fell in reaction.
“Perhaps I do,” she whispered. “Perhaps your cock is my favorite toy. Perhaps I want my toy in my—”
But he thrust fast and hard, making her lose her words on a gasp of pleasure.
“Wanton,” he gritted. “My wanton.”

“I have watched you,” she panted, “for years. I’ve seen you look at women—vapid, pretty women. I’ve seen you choose which ones you wanted. I’ve seen you stalk them, woo them, and seduce them. And I’ve seen when you grew tired of them, when your eyes would start to wander again.”
He tore at the laces to her bodice, loosening and pulling aside the fabric of her dress and stays until he reached her bare nipple. He palmed one breast and drew the other into his mouth, sucking strongly.
She cried out.
He lifted his head. “Tell me.”

“I watched you for years,” she whispered. The tears were drying on her cheeks, and heat was building within her. If he would just touch her. Touch her there. “I watched you and you never saw me.”
“I see you now,” he said, licking around a nipple. He trailed his tongue across her breast and to the other breast, circling the nipple there. Delicately. Tenderly.
Damn him.
“You didn’t even know my name.”
“I know it now.” He tested her flesh with his teeth.
Pleasure mixed with pain shot through her, straight from her nipple to where his hand still played. She arched, silently begging, and he relented, sucking the nipple strongly into his mouth.
“You . . .” She swallowed, trying to focus her thoughts. “You didn’t know I existed.”
“I do now.”

He stopped suddenly, and she opened her eyes. His head was thrown back, his eyes blind, pleasure convulsing his face.
“Melisande!” he cried.
His head thumped to the pillow beside hers, his lungs sucking air. He was heavy and hard, and her arms were still drawn over her head. It didn’t matter. She’d gladly suffocate here underneath him. She turned her face toward him and licked the ear she’d earlier bloodied, and she finally said it. She gave him what he wanted.
“I love you. I’ve always loved you. That’s why I married you.”