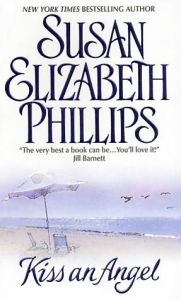 This is the third time I have read this book, and I would have to say that the story of Alex and Daisy never gets old. Its a beautiful love story with a strong cast of characters, each playing a vital role to make this story a worthwhile read.

Alex Markov was rescued by Daisy’s father Max when he was twelve years old from the constant physical abuse he was facing under his uncle Sergey. Max had bought Alex from his uncle and seen to his education. Alex had shaped into a cold, aloof man who has a strong sense of honor and pride which he holds onto with his life.

Daisy is the direct opposite of Alex. An illegitimate child, the only mistake her diplomat father had made in his entire life, Daisy had lived her whole life trying to gain the approval of a father who has never really seen what a remarkable woman Daisy had turned into, regardless of the promiscuous lifestyle  Daisy’s beautiful mother had subjected her to. Vulnerable, kind and easy going to a fault, Daisy’s father considers her to be a fluffy scatterbrained individual whom he arranges to be married to Alex for a period of six months. Broke without a dollar to her name, Daisy has no choice but to go ahead with the marriage or face prison for maxing out her credit cards and finding all the creditors after her, the result of shopping extravagantly to make up for the profound sense of loneliness she has been feeling since her mother died.

Alex thinks no better of Daisy than her father and vows to give her a fair chance to work through the temporary arrangement which Alex has agreed to with Max. Alex introduces Daisy to the life of living and working in a circus, and for someone like Daisy who has a perpetual fear of animals this doesn’t prove to be an easy feat. With a husband who doesn’t want to have to do anything with her except grudgingly acknowledge the intense feelings of passion that Daisy is able to arouse in him, Daisy finds herself unprepared for what is about to hit her.

Alex doesn’t trust his wife one bit and when she is framed as a thief, Alex serves her with the sentence of cleaning up the muck of the animal stalls at the circus. Daisy proves she has a backbone of steel when with determination she surpasses everyone’s expectations of her by sticking to her punishment regardless of the fact she is innocent of the crime.

Regardless of the cold layer of indifference Alex tries to put up with, he soon finds himself intrigued with his new wife, whilst Daisy slowly teaches Alex how to care, love and share with his better half.

Things get interesting when Daisy gets pregnant, something which Alex had made Daisy swear she would take all the necessary precautions against. In a moment of anger, Alex loses the woman he only realizes too late that he has fallen for, and the lengths Alex has to go through to win Daisy’s love back would touch any romantics heart.

The author is known for her talent in weaving a romantic tale filled with laugh aloud moments together with moments of intense passion that makes this book one worth re-reading from time to time. I highly recommend this book to anyone who loves a good romance. Am sure that you wouldn’t be disappointed!