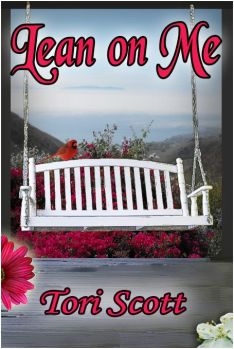 Lean on Me by Tori Scott explores a much more tender side of romance from an author who managed to grab my interest after reading her hot little novella Satisfaction Guaranteed. Released on the 24th of July, Lean on Me is a novel that delves into family life, the healing power of love and brings home the fact how communication is a vital aspect of any relationship.

Sandy Morrow is a single mother living alone with her four year old daughter Melanie who is a constant whirlwind of non stop activity. A childcare director by profession, Sandy had lost her husband in a car accident during a freak ice storm two years back and more than anything Sandy mourns for not what she has lost but what her marriage had never been able to give. Independent to a fault, Sandy doesn’t want anything in the world to take that away from her, and shies away from relationships and the opposite sex until the Thurmans move in next door making her sit up and take notice for the first time in two long years.

Hunter Thurman is a military man who had served his country for a long time as a Special Ops soldier that had taken him away from home for long periods of time. His marriage to Liz hadn’t turned out to be what he had envisioned and finally Hunter returns home for good when Liz dies leaving behind an angry and surly teenage Jason behind. Hunter focuses all his time and attention on finding out why his son resents him so much, an uphill battle all the way when the only form of communication between them seems to be screaming matches.

Everything comes to head when Jason’s car hits Melanie’s tricycle giving Jason the wake up call he sorely needs to get his act together. The accident brings together these two families and the constant intimacy brings to light the fact that the attraction that simmers between Hunter and Sandy is one that cannot be ignored. Its not an easy journey for these two towards happily ever after as both Sandy and Hunter bring to the relationship scars from their previous marriages together with the welfare of both their children to the equation. However with a lot of love, understanding, compassion and a whole lot of conversation with a few sensual scenes tossed in between, Tori Scott managed to deliver a happily ever after that I wholeheartedly approved of in the end.

I found Hunter Thurman and his gentle manner beneath which lies a man who can make a woman tremble in all the right ways to be one of the things that drew me into the story. His previous marriage had turned out to be a stifling one that makes him wary of a repeat experience. But when he finds himself enamored with Sandy and her daughter, the way he brings alive good old fashioned courting together with the stolen kisses made my toes curl inward, and made me sigh in pleasure as his wooing works its magic over a woman who has had her fair share of disappointments when it comes to men.

I loved Jason’s character and how he grew in the story. At the beginning he is a surly, rude and obnoxious teenager with a belligerent attitude beneath which lies a wealth of pain and resentment towards his father for never being there when things had gotten quite bad at home. But with time and the healing touch and understanding from Sandy and a lot of patience on Hunter’s part, Jason turns out to be a wonderful and unforgettable character that I fell for as the story progressed.

One cannot read this story without falling in love with the cute little Melanie. Her conversations with Jason made me smile at just how simple everything in life seems to be when you are that young, trying to make sense of all the chaos that reins in this world. Endearing is the term I would use to describe Melanie and she is a character that I wouldn’t be forgetting any time soon.

The way that both Sandy and Hunter eventually find love and acceptance in each other was a journey that I very much enjoyed though there were moments that Sandy tended to rub me raw with her constant need to assert her independent nature which she is reluctant to let go of, understandable given her past. But in the end I loved how everything turned out and how Tori Scott managed to squeeze in a cute little epilogue giving me the closure I needed to let this one go. But mind you, I wouldn’t complain if she were to write stories for Sandy’s brother Ryan and Sandy’s best friend Brandy who has a painful past of her own and who knows, maybe even Jason and Melanie? Ah! A girl can always hope!