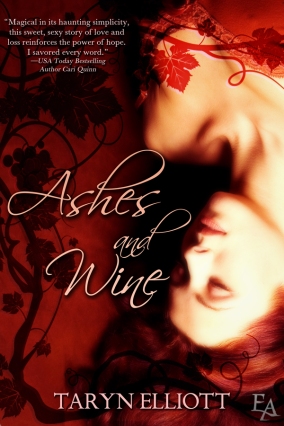 Royal James Andreas is a man who is conflicted with his need to seek the comfort and love that he craves from Tessa Winter, the delectable owner of the store As You Wish and his need to be strong for his father and family that seems to drain every little bit of emotion that he has left to give.

Tessa cannot figure out the reason why Royal seemed to be so in tune with her when they had first met and changed into a more reserved version of the man since then. Though it hurts her with how much she craves for Royal and his touch, Tessa knows that if he is not willing to meet her halfway, it would never even begin to work out in the first place.

When the overwhelming need to touch and to feel becomes too much for even a man like Royal to deny, it in the end pushes both Tessa and Royal into a new territory in their relationship. The way that Tessa takes charge of the relationship and is there for Royal through those moments when he does need her more than the air he breathes was something to behold. I liked the fact that Tessa didn’t wallow in self-doubt and pity and let what she wanted to do go to waste. She took charge and stuck to what she was dealt with which made me admire her strength and tenacity very much so. And Royal, (dreamy sigh), Royal was just the right touch of alpha and softness that just made me melt in all the right places.

The one thing that struck me was the way Taryn completely surprised me with this story. I found the writing and prose to be poetic, mesmerizing and beautiful and haunting at times even. There were bits when tears sprang to my eyes, when my heart literally ached from all the emotions that Taryn managed to invoke in me as the family struggled to come to terms with the imminent loss in their lives that was about to hit them with the strength of a hurtling freight train.

Taryn doesn’t cut any corners with the emotional aspect of the novel and it shows, even in the haunting music that Royal plays, which Taryn so vividly brings to life and made it in such a way that I couldn’t help but strain to hear the music that speaks of so much heartache, longing and conflicted emotions. The bits where Royal and his father butt their heads, the conflicting wayward riot of emotions that courses through Royal after each draining encounter made for superb reading and I loved every minute of the story that Taryn has created so remarkably well.

The romance and sensuality aspect of the novel makes for quite a stirring read as well. There were those bits that just made me go “Oh dear God, just do it already you two”, just so that both Royal and Tessa would find relief from the sheer intensity of their need for each other.

Taryn, you have earned my utmost respect for the sheer emotional wallop you packed with this novel, for the mesmerizing way you have presented the story and for the appealing cast of characters that you have managed create, all of whom are so darn likable that I want to read ALL their stories like right now. And please hurry along with Alaric and Mercy’s story? Because you have managed to give a glimpse into their relationship which just practically makes me itch to read their story.

Poetic, haunting and mesmerizing; Ashes and Wine is a novel not to be missed if you love your stories with enough emotion wallop to tie you up in knots. Beautiful is how I would describe Ashes and Wine, a story that just begs the reader to cry their heart’s out and at the same time rejoice in the beauty that is love, because Taryn Elliott demands nothing less.

The tip of his tongue flicked along the roof of her mouth before sliding along hers possessively. The chain reaction of shivers, followed by a bone-deep burn, only made her want more.

He kissed her like he’d never get enough of her. Deeper, darker, and with an overwhelming intimacy that left her trembling. The hard crush of his chest trapped her hands between them. Her fingertips dug into whatever she could reach, but it wasn’t enough. She wanted to explore the crinkle of hair beneath his shirt, wanted to feel his skin under the pads of her fingers. She wanted everything.

The first strains of the haunting melody halted conversation. The hollow knock against the body of the guitar was like a heartbeat. Steady and controlled, his long fingers manipulated the strings along the fretboard. A simple instrument shouldn’t have so much power.
Sad and lonely, the song reached inside and carved Tessa’s heart out. No words were needed.

When he opened his eyes, he found Tessa instantly.
Her bright cap of copper hair was up in a chignon, leaving her elegant neck bare. A soft wool sweater and skirt hugged her curves, complemented by heeled boots. She was beautiful—almost untouchably so, with her creamy skin and dancer’s body. But then she smiled, and he was hers for as long as it lasted.

Her lips found his one more time before she drew away. Their fingers tangled, and he held on for another precious second.
Mistake. This was a mistake.
But she’d be the best mistake he’d ever made.

He rose up and their kisses lost any semblance of finesse. She fisted her hands in his hair and cried out his name. She pressed her cheek to his. Her full body tremor ended with that cracked moan that was quickly becoming addicting. She’d completely steeped herself in him, in their mutual pleasure, and her surrender was sweeter than anything he’d ever known.